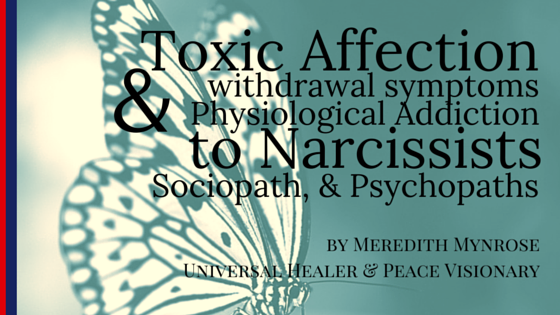 I’ve prepared key questions that most survivors of abuse wonder, asks, and curiously keeps seeking with the Why below.

What is Toxic Affection ?
Toxic Affection is the Grooming of Emotional Attachment to create an increase amount of Co-Dependency on the survivor towards the abuser. The way this happens is by intense amount of love-bombing, then intense amount of devaluation, and afterwards its the aftermath of broken selves, accepting the apology and forgiving the perpetrator of abuse allows the abuser to feel power and control over the victim, and having a special place in the victim’s heart and soul. This increase toxic affection where the continual effects creates a deeper hole in the victim’s hearts and allow the abuser to hook and claw into their identity deeper. Toxic affection repeats the love bombing, extreme dramatic fights, and then the consoling moments where the narcissists, sociopath or psychopaths begs for forgiveness and plays on the heart of the victims compassion, sympathy, and pity. The Toxic Affection is a play orchestrated to feed the intense conflict within the perpetrator of the abuse inability to have a stable emotions, and creating conflict on their victim and projecting their insecurities allows them to re-enact toxic drama to fuel their intense amount of power and control.

The victim absorbing this toxic affection will began to be physiologically brainwashed by the mental torture and the chemical imbalances in their brain that drives the victim’s ability to make healthy judgement, ability to self reflect and clear outlook gets tarnished.

The perpetrator of abuse physiologically drill a hole in the victim’s mind, emotion and energy body physically with the sudden hot and cold treatment, imagine a brick being drilled deep and making the brick porous each event that a intense devaluation occurs. Eventually repetitive circumstances concerning continuous hot cold love bomb and devaluation will take its toll on the target or victim’s mental health and wellbeing. The victim then becomes hollow and feels hollow. They feel empty and un-alive.

The victim will begin to crave the toxic affection as it’s the one thing that makes them feel alive at the same time crash. It’s a deep spiritual psychosis drug that hooks the soul of the target/victim to unconsciously be baited into a deeper sharks teeth. Attacked near death, but not completely. They will began to live in a world where who they are with the abuser is a different place than the one they once came from, and who all their friends once knew them as. They changed.

Toxic Affection also programs trigger pains, trigger fears, and trigger thoughts and trigger visions. Shock-flashes of past memory and experience can be triggered with any similar fear resemblance that flashes their past memory in their present surrounding.

The victim becomes very co-dependent to their abuser, just to feel who they once were, only for the high’s they are able to reach when they receive a emotional release from the abuse. They can only feel something and anything around the abuser. When they are alone, they feel empty and hollow. The abuser injects a spiritual, physiological shock onto the victim’s mental, emotional and body experience with the mixture of abuse (projections, gas-lighting, triangulation, criticism, shame, degradation, violence, rape) as a drug to revive the state of shock amnesia that the victim began to be unconsciously addicted to. The target/victim’s state of mind and body is not under their own free will and control, as the person pulling their string of energies are the perpetrator of abuse (the narcissists, sociopaths, psychopath) This is why the victim began feeling addicted to the abuser and repeatedly return to the abuser no matter how much violence or pain they experience in the past, that made some people question the level of their sanity to return to the abuser. Its not because they are insane, but due to the fact that they had been brainwashed to feel alive only around the abuser. They unconsciously feel that the abuser is the only one who understands them or the person they need to feel alive.

The affects of this toxic affection is disassociation, social anxiety, complete lost of self-esteem, transforming into an emotional slave for the abuser’s entertainment and fulfilment. The victim began to lose self-confident to make own decision, awaiting only orders and directions from the string puller of their abuser. They have now been dominated and lose the ability to function based on their own free will.

They no longer have free will based on their own interests and personal desires. Their will has been manipulated with the physiological torture that brainwashes their awareness to reflect within and much of their energy is left in a state of shock and trauma. Their will to live cease to exist without the abuser being their drug to feed on. They lost the meaning of their life, as the abuser redefines the meaning of their life is the shock, abuse, trauma, and drama orchestrated by the abuser for their manipulation, power play and control.

If the perpetrator of abuse choses to finally discard the victim/target, the victim is unable to function as their normal selves due to the toxic affection lingering outside of their body as an attraction. The veterans for army at war goes through traumatic events and gets shell shocked. The victim of the abuse are similarly shell shocked. Their ability to function is based on the external trigger and no longer with the ability to function at the dispense of their personal agenda and personal will power.

Due to this state, being outside in social surrounding makes the victim terribly agitated and uncomfortable, projections of other people’s desires began to be easily role played and they become naturally and easily submissive to the desires of their surroundings projections. If the victim find themselves in an inferior environment, they can repeat the cycle of victimhood where they may be taken advantage of, mistreated, repeatedly abused, and disempowered by their surrounding.

Victims of this abuse find themselves safe in isolation as social anxiety takes a toll, and they experienced post traumatic stress disorder as the effect of the past abuse that was not treated.  Not receiving help and treatment may make the intense trauma and shock grow worst where depression, suicidal, lack of will to live or to continue life stops the victim from moving forward instead to regress in a state of fear, depression, isolation and inability to be self- supportive if live independently once before.
What is Withdrawal Symptom?

The victim began to live through a pattern of emotional hijack by reliving the past traumatic memories and have a hard time to be emotionally stable in order to be progressive in their life. The wellbeing of the victim will deteriorate until they began to seek help and find help with the mental illness they have been contradicted to by the abuser. Seizures, Disassociation, Isolation, Negative Judgements, Projections, they began to take characteristics of the narcissists and lose ability to carry healthy identity as they had been broken down and identity derided by the trauma and abuse.

What is Physiological Addiction?

Unresolved issues of abuse in the past will create toxic attraction to numerous more social predators who seeks to use and abuse the victim who began to come out from their shell. Until the victim began to find out the root of their vulnerabilities that was used against them by the previous abusers, only then they can free themselves. Before knowing the truth and gaining clarity, the victim will repeat the pattern of being addicted to types of people who can play the same role of the abuser, until truth seeking and questioning everything they are comes to the surface allows them to realise the level of abuse that distorted their natural behaviour, subconscious fear and projection on others, they then can stop attracting toxic individuals to replace the role of their past abuser, and began to make adjustments on how they accept the presence of people in their surrounding by beginning to raise the standards of who they allow themselves to be surrounded by.

What can Victim of (Narcissist, Sociopath & Psychopath) Abuse Do To Get Better?

Choosing to connect to a psychologist or a counsellor with in depth experience of dealing with post traumatic stress disorder and personality disorder abusers (narcissists, sociopath & psychopath) allows the victim to began shifting their awareness from a helpless and powerless individual into a more understanding and clear minded patient allowing the victim to become a survivor of abuse and becoming more empowered from their past experience. This gives the survivor the power to heal and advance from the extreme previous regression and start to make waves of changes to their life drastically in very positive ways. Reconnecting to trusted, compassionate and non-judgemental friend who knew the person you were before the abuse helps with bringing positive view of self.

Choosing an Experienced Spiritual Counsellor who is apt in reading energies, intuitively picking up the broken soul fragments and helping you to bring the broken pieces together through combining the confused state into self-awareness, understanding, self-realisation may also be an alternative and holistic way that is a path to healing. Seek a spiritual counsellor who is informed and educated on (Narcissism, Sociopath, & Psychopathy Personality Disorders) and Complex-Post Traumatic Stress Disorder. If wishing to choose the latter option, I invite you to read my offering of Universal Healing programs for (Soul Purifying, Soul Building, & Soul Growth).

Watch my brainstorm video on this topic here :
Youtube :  I give unfiltered Conversation on Achieving Inner Peace Based on My Life’s Love Stories. I am a Universal Healer, a Spiritual Teacher and a Peace Visionary. I provide 1-1 International Skype Sessions & Programs for Soul Purifying, Soul Building & Soul Growth under Universal Healers program.

Consider contributing to my International Supporters Funds to keep my research, wisdom, and sharing the truth to gain inner peace in full progress. Each funds received is use to build my journey to reach out to more people with free contents, meditations, downloadable products and to create and publish Treasure Your Heart: A Conscious Guide To Care for Your Heart & Life. I Appreciate your Contribution through paypal address andromedalovestory@gmail.com. Bless your love to my passion!

Please Donate through Paypal : https://goo.gl/C23tfP
Again, thank you so much for helping me grow with you!

There is such a thing, as world peace~ est 2008 Mynrose (C)
http://www.meredithmynrose.com

I am a Universal Healer and a Peace Visionary, with a mission to bring enlightenment to society so that earth can achieve a rising number of happy & peaceful earth lovers.

I am a Universal Healer, Life Coach and Peace Visionary. Welcome to my blog where I share tips on energy healing, articles of personal development and sharing my wisdom and experiences to build a peaceful and powerful community in this planet one small neighbourhood at a time. Follow my youtube channel : AndromedaLoveStory View more posts